I know wwe has done some strange comedy angles in its history but this?! 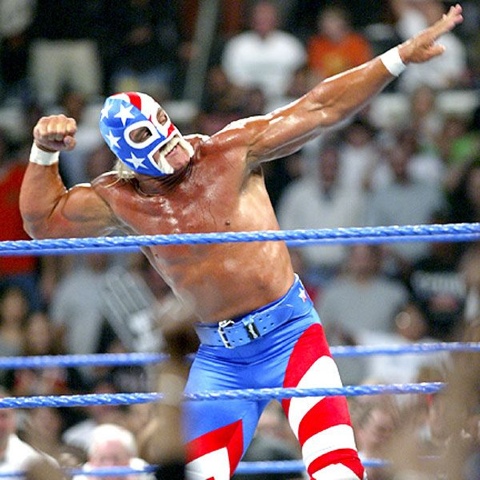 I suppose it shits all over this 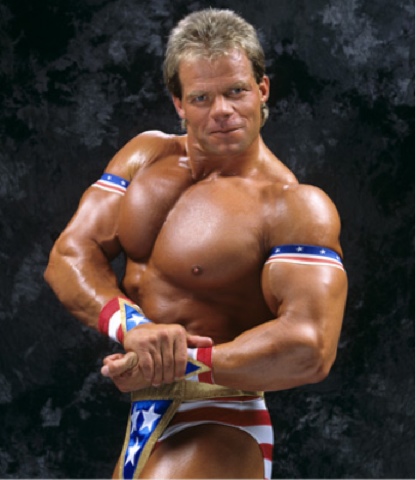 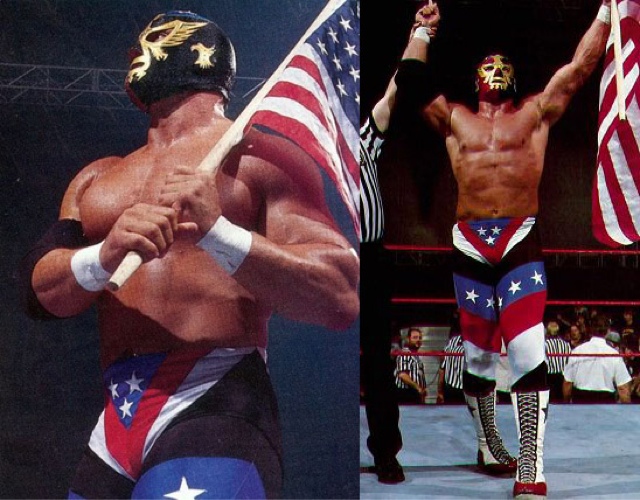 But doesn't it slightly discredit this?! 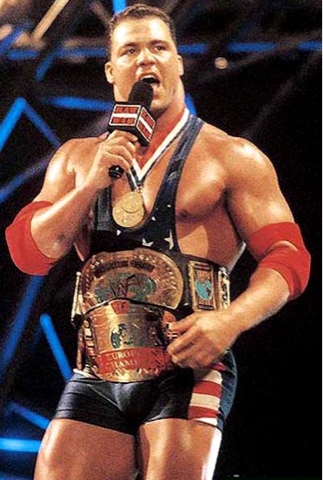 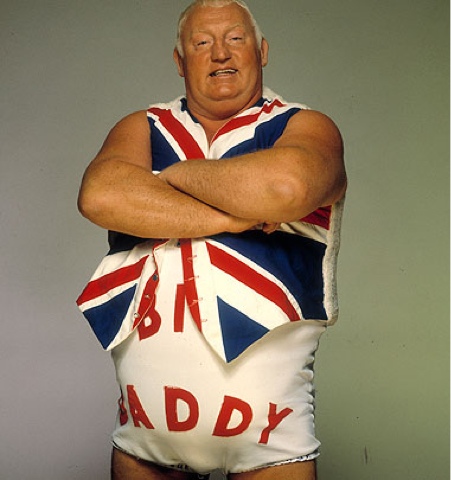 Its been a long time, many months in fact, but now, today and with new revitalised vision The Complex Heel makes his on line return after many months recovering from a dehabilitating lack of internet access. Coming to you today from an open access (and very costly) Internet connection. Much like The Rock, I’ll be doing this on a part time basis but at least I’m being upfront about it. In the time since my last blog entry there have been a few developments and changes in WWE. It was not the long ago, the night or so after last years Wrestlemania in fact, that I made some predictions with heightened excitement about the way the new generation roster was taking shape after the return of Brock Lesnar. CM Punk was midway through his dominant title reign (yet to turn heel!) and Giant Bernard had turned up in a Shredder costume. I wanted to like Albert in this role and was genuinely excited about his return and re debut but alas we all know what happened to that. 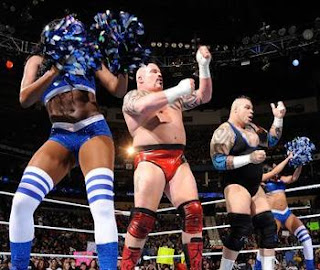 My prediction upon writing that post was that the WWE was forming new shape under CM Punk and Brock Lesnar with Tensai being a force to be reckoned with. In a sense this new day does seem to have dawned in WWE, however it has not truly formed under Brock Lesnar, who has not been as present as expected, but under Paul Heyman. Heyman’s character in the last 12 months has been that of a catalyst, with Brock Lesnar lurking at various points in the background. Heyman while acting as Lesnars’ mouthpiece has almost become a symbol of Lesnar, almost filling in while he’s away. Where major storylines have been presented in the last few months Heyman has not been far removed, acting deliciously despicable while he’s at it. Perhaps it would be better put to suggest that Paul Heyman has been well placed by the WWE in the last year, which has been strong for Heyman, it was he who cemented CM Punk’s nasty genius persona which has provided a great deal of depth to the overall product in my opinion.
The notion of CM Punk at the top of WWE still excites me. The very idea that an Indy hero has managed to claw his way up the ranks and the catalyst of that (almost accidental) rise was a work turned shoot, which was aimed at WWE management including publicly calling Vince McMahon a bully. Only in an industry as ludicrous as professional wrestling could this win you a promotion. This is all storyline of course, never the less the potential of Punk was inevitable and we are seeing his influence spread through the ranks in a way not seen since the attitude era. We have had the rise of The Shield (Seth Rollins and Dean Ambrose previous indy darlings in their own right), the continued push of Daniel Bryan (ROH alumni), the serious shove of Antonio Cesaro (yes another ROH alumni) and the almighty aerial pursuit of Ryback (another indy boy?). I’m a little surprised that the WWE haven’t brought Kassius Ohno up yet to be honest, especially with his well documented history with CM Punk and Antonio Cesaro, they could have easily given him a shot instead of whatever this Fandango shit is, which is embarrassing in that its already failed. (Editorial: possibly being saved as we speak by Y2J)
We’ve also seen continued development and focused attention on previously lack lustre areas such as the US title (more Antonio Cesaro), the tag titles (Daniel Bryan). The WWE are seriously developing and maintaining storylines and characters these days, even The Miz who was most at risk of being lost in the mix has maintained some relevance through a persistent chat show section and more recently an on screen allegiance with Ric Flair. I like that The Miz has started using the Figure Four Leglock and his in ring work when he does wrestle is consistent and improved. On top of all that Dolph Ziggler is on an ever-increasing rise, my god he’d better cash in that money in the bank briefcase at Wrestlemania.
And with that we are at Wrestlemania XXIX. I think they left the Roman numeral off the logo this year because they were worried it would confuse people, I can also imagine WWE wanting to hold back for a XXX logo that will represent the most significant Anniversary event in wrestling history.
I have to say this year’s card is AMAZING;

CM Punk vs The Undertaker

Randy Orton, Sheamus and Big Show vs The Shield

Chris Jericho vs Fandango (I’m not into this angle so much)
On top of that it looks likely that we will have an Intercontinental Championship match including The Miz and Wade Barrett and a Diva’s match most likely featuring AJ and that other one who’s the champion. That’s not to mention Antonio Cesaro the US champion, although this could be relegated to the pre show. 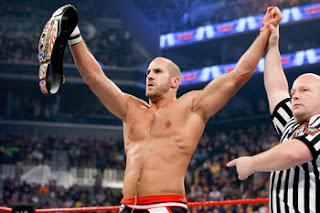 Wrestlemania has been built well this year, with three high profile matches giving enormous gravity to the event. Though its slightly weird that 4 of the 6 wrestlers in these ‘main events’ are part timers, including the current WWE Champion The Rock, it seems the WWE have through this enabled themselves to take some risks, namely Jack Swagger, Fandango and Big E Langston – but particularly Fandango and Big E who are making in ring debuts at Wrestlemania. These decisions are surprising really, in the case of the tag match there are a number of ‘proper’ tag teams that are proven including Team Rhodes Scholars who are not only over as a top heel team but have bonded in a way not seen since Greg Valentine and The Honky Tonk Man. They were my pick for a tag team match at ‘mania, however I’d be interested in seeing the match as it stands and I’m glad they’ve found something for Ziggles to do. Its also strange that Y2J would make such a big deal about going after the Intercontinental title just to get side tracked. Having said that I did enjoy Jericho’s run down at the start of Raw, the likes of which almost never happen these days, the crowd are really behind Jericho at the moment!
Back on the subject of Jack Swagger quickly, I was caught off guard by Swagger’s new look and the surprise title match push. I found appeal in a wrestler presenting controversial race views and seemingly being successful at the same time, it goes against the modern WWE formula. It’s an interesting angle putting him against Del Rio and its working, however there is a danger. Many people and this is a problem in the United Kingdom as much as anywhere do actually carry these views. I heard USA chants on an episode of Raw a couple of weeks ago during Swagger’s assault of Ricardo Rodrigeuz. It’s a reverse ‘patriot’ angle where, for example, Hogan would beat up Iron Shiek and in an era where fans cheer for heels as loudly as for faces it could backfire. It would be very hard for WWE to turn Swagger face holding the views his character does and it’s a good character, but watching a racist beat up an ’immigrant’ to a backdrop of USA chants is just uncomfortable. Swagger has to get his comeuppance, or the WWE might find themselves in trouble.
The Shield (or Them Wolf Boys) have been dominant in many ways over the last few months and though their story has lost direction slightly in recent weeks (partly through lack of opponents) they remain an interesting entity. They do everything together in a three musketeers style ethos, but that makes booking them quite difficult. The thought did occur to me recently that a unique approach would be a whole new six man division with its own title and everything. The Shield are at a point where they want recognition and at this point they are undefeated, it would almost make sense for them to declare themselves champions and found a division, opening it up to challengers. That said in no way, shape or form do I want to see The Shield vs 3MB anytime soon. The match at Wrestlemania makes WWE sense, its classic super team vs major threat stuff and it’ll surely deliver on the night so I’m up for it. Rest in peace The Shield.
And on that note Rest In Peace CM Punk ‘nuff said.

Ryback vs Mark Henry is going to really excite me. A couple of years ago if you had told me I’d be cheering for Mark Henry I’d have asked you what you were on. Somehow he a believable dominant bad man, and its bloody brilliant. He’s just an angry man kickin’ everyone’s ass, but that’s going to change when Ryback gets put over at his first Mania. It’ll be a classic Wrestlemania style bout, one for the popcorn/event snack of your choice for sure.
The Rock offends me as WWE Champion, its not that he’s such a big star and its not even really that he’s a part time member of the roster (although I think its better if the champions there every week). In fact its quite retro having the WWE Champion turn up when he wants, Bruno Sammartino is being inducted to the Hall of fame this year so maybe that’s apt. No, The Rock offends me as champion because he just turned up, said he was having a title match, had a title match, lost it, told Vince McMahon to restart the match, won the title. Isn’t Vince McMahon’s favourite saying, ’No-one is bigger than the WWE’? Yeah right. It seems increasingly that those individual ‘superstars’ are calling the shots. Having said that, if your going to have The Rock v Cena again I suppose you might as well make it for the title, it makes sense, as does the business side of this little Wrestlemania affair. The build has a genuine big fight feel and the darker side of Cena seems to have been teased throughout the recent legend panel ‘press conference’. They will do great numbers at Mania and for anyone who isn’t really into that there are a number of big time stars wrestling in huge matches this year. It’s a great card, it gives up and coming wrestlers the exposure on such a grand stage that they and the WWE seem to desperately need. Old time fans tune in, there’s probably something here your going to like.
at 16:42 No comments: