With the shock of Brock Lesner’s return to WWE wearing off and mass anticipation as to what his next move will be. I thought I’d take this opportunity to have a look at the scope the WWE currently has and where this all fits into ‘People Power’. 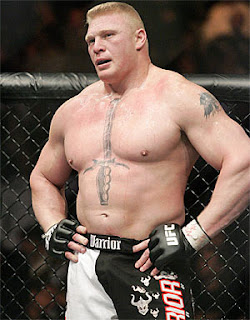 I think the best way to sum up the significance of Brock Lesner’s return to WWE is simple – listen to the enormous crowd reaction upon his entrance last Monday. The last few years have seen the WWE attempting to ‘relaunch’, so to speak. We have seen various young stars emerge and then disappear again – either on to MMA (following in Lesner’s shoes) or on to another company (see Ken Kennedy), the other option has been somewhat more depressing with the ever on going number of deaths that have occurred in the last 15 years. It is certainly true that Lesner has broken the mould, in that he made such a lasting impact on WWE in such a short time (roughly 2 years) and went on to become a bigger star in UFC, the rise of which has in fact been the biggest rival to WWE in recent times. His return to WWE opens up a massive potential fan base, many of who before now might have dismissed wrestling as an immature package and further possibly, is the notion that there may be a draw for other MMA stars to convert working the aspiration ladder in reverse. As a manifesto for a new era in WWE it has to be said that Lesner was the exclamation point and where I would have said previously that the roster would be built around CM Punk it would appear that, in fact, it will be built around Lesner, at least in the short term. 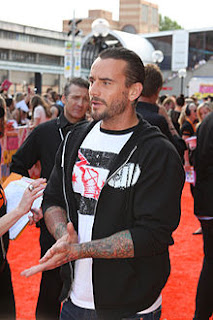 Of course this roster in itself is altering, I would still invest a lot in CM Punk. He is at the centre of everything in the WWE (literally actually always ‘headlining’ the first hour of Raw), and still champion. It’s also clear that he will be sticking around for a while – I think WWE will be giving him a lot of exposure in the months to come and with rumours circulating that he could face Steve Austin at next years Wrestlemania I don’t think any fans should panic just yet, he is a star that will continue to rise. However, in my mind he could do with a strong Wrestlemania feud for the title with someone of his own generation.

This week has seen the introduction of a number of ‘new’ superstars who will surely be major players, one of whom possibly more so (or at least more quickly), than others. Lord Tensai (Prince Albert/A-Train/Giant Bernard) had less build than Jericho, Sin Cara and Kharma, however he somehow feels more important for it. I imagine that his push will be into the WWE title picture and the clue that he may go into a feud with Punk came when Big Johnny said Punk would be facing a natural disaster soon. I saw someone write somewhere that Tensai is Japanese for natural disaster, it isn’t, it means Genius or Prodigy. But I still think a Punk/Tensai feud would be a classic. For what Lord Tensai actually brings, he is important. After he left WWE he would go on to become a major star in Japan under his Giant Bernard gimmick, a name that is so over the top and cartoonish it seems that WWE decided to go that way with his attire, which comes over as a Shinobi boss or something, but either way he’s great in ring and will draw some attention from the East. It is also interesting that  the E are referencing his past and the fact he has been away returning as the monster, think Apocalypse Now or The Deer Hunter or Homeland as a wrestling character and I think you'll agree  it a promising concept, there's a great article on Tensai here which expands on this a little.  I just hope he changes his face paint a bit – I’m not a fan of his run-over-with-a-tyre look. 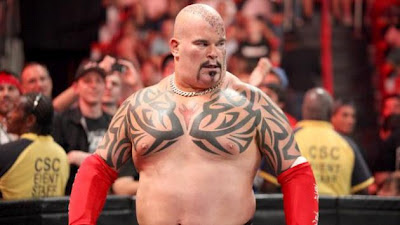 With all this said it does beg the question what of the likes of The Miz? The mainevent card seems like it may be splitting off – I believe that the WWE championship will now represent the ‘upper mainevent’, while the WHC will represent the ‘lower mainevent’ and as a result may have quite a crowd targeting it. I think while CM Punk and Randy Orton may float between the two sections, with John Cena, Lesner, Tensai and later, The Rock, making up the ‘top card’, it will be Sheamus, Del Rio, Miz, Barrett, Rhodes, Henry, Christian and D.Bryan all gunning for the WHC, which is a much richer scene than we’re used to.

There are two honourable mentions before I close this down and that is to just once more speak of Daniel Bryan’s breakout, he could be big news at this rate. And finally the debut (at least gimmick wise) or Ryback who was Goldberging all over the place on Smackdown! Major face push to the midcard anyone? With the introduction of a couple of big time names the WWE has enriched its roster and officially entered a new era, the only question left now is with a roster this stacked where are all these new FCW faces going to fit?
at 15:50